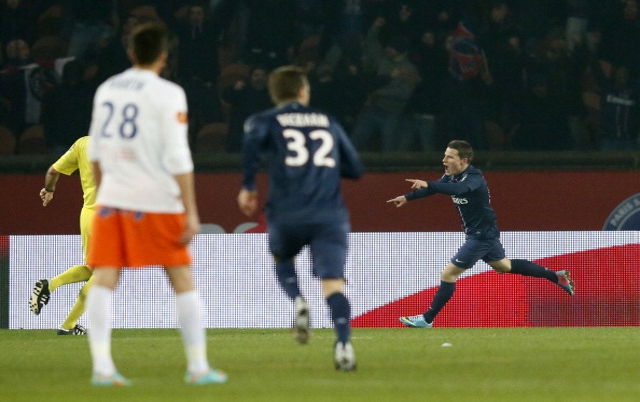 Anfield side one of many interested in French international.

Liverpool are considered one of many sides keeping an eye on PSG striker Kevin Gameiro this summer with the French international readying himself for a Parc des Princes exit according to Sky Sports.

The 26 year old former Lorient man appears keen to move on in search of regular first team football and as well as Liverpool the likes of Borussia Dortmund, Valencia, Sevilla and Fenerbache are said to be interested in the speedy finisher.

Discussing his future plans Gamiero has pointed out how important regular football is in his decision making process, stating;

“I have to decide whether it would be better for my career to go somewhere else and not be satisfied with my substitute position in Paris.

“I want to play football and score goals. In one year there will be a World Cup, and that is a target for me.

Though Gameiro was handed just seven Ligue 1 starts in 2012/13 he still managed to net eight goals and is a player who has consistently found the back of the net wherever he has played.

Liverpool boss Brendan Rodgers may well be keen to strengthen his attack, especially if he fails to keep hold of Luis Suarez.

The Anfield manager has already brought in attackers Luis Alberto and Iago Aspas from Spain but given that Daniel Sturridge may be out for the opening of the new season there is perhaps a very real need to bring in further striking options.