Man United are readying a bid for long term target Ezequiel Garay according to the Metro.

The Old Trafford side have long been linked with interest in the Benfica centre-back, who battled back from a poor spell at Real Madrid to become one of the most sought after defenders based in Europe. David Moyes apparently sees Garay as a potential replacement for Nemanja Vidic who has struggled with injuries over the course of the past two seasons.

The Serbian international has been ruled out of Man United’s pre-season tour with a persistent back injury and given that likes of Phil Jones and Chris Smalling have also spent time out with various knocks there could well be scope for a new central defensive signing, not least when you consider that Rio Ferdinand’s age. 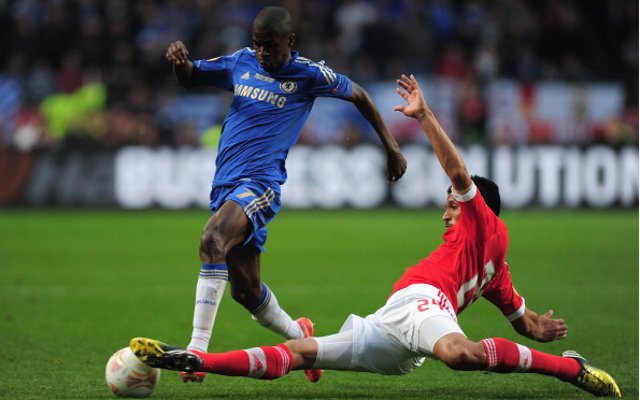 Benfica could struggle to keep hold of their stars following a disastrous end to the 2012/13 campaign that saw the Lisbon based side lose the Primeira Liga title in the final weeks of the season having battled FC Porto hard all season.

Jorge Jesus’s side then lost the Europa League final to Chelsea in the dying seconds and lost a domestic cup final to Vitoria de Guimaraes to cap off a nightmare season. Garay was still an accomplished performer, leading the Benfica defence which conceded just 20 goals in 30 Primeira Liga matches.

Man United were thought to be ready to offer £15m for the 26 year old but Benfica apparently want £25m though Moyes is ready to offer either Nani or Bebe in part exchange for Garay.