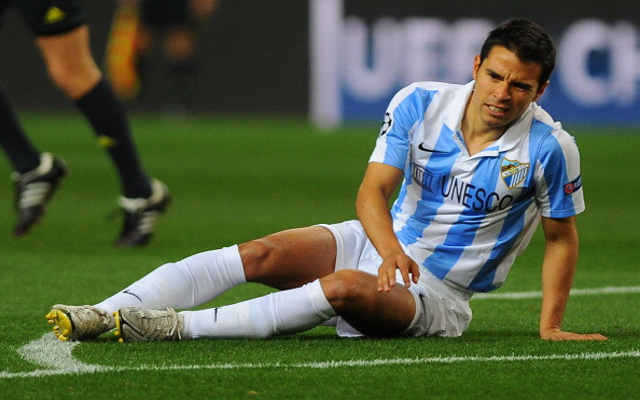 The 31 year-old is now a target for West Ham and Celtic, as well as the Championship club following his release from Spanish side Malaga according to Sky Sports.

Despite bigger teams wanting him, it is widely reported that Javier would in fact prefer a move to the second tier of English football in search of a footballing challenge – to help QPR back to the Premier League – as well as game time.

“Javier is more than keen on linking up with Harry Redknapp, he knows his teams play good football and the chance of helping QPR to promotion is genuinely appealing to him,” a source close to the player told Sky Sports.

“Javier’s next move is not about the finances, he wants a footballing challenge and England gives him that.”

R’s boss, Harry Redknapp, also looks to conclude deals for English internationals Scott Parker and Peter Crouch, following their unproductive seasons for their clubs. It is fairly peculiar that the Hoops look to continue buying veteran players despite their unsuccessful year in the Premier League finishing 19th – ultimately relegating the London club.

London rivals West Ham do look likely to miss out on the striker but they are by no means finished for the window due to this. With the recent departure of Carlton Cole and Rob Hall, Sam Allardyce has only managed to sign one striker replacement, which is why a deal for Colombian striker Zapata is so important to the Premier League club.