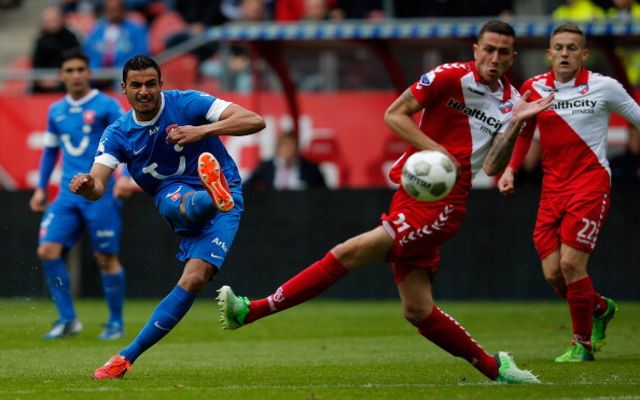 Tottenham are expected to meet FC Twente’s valuation of Belgian winger Nacer Chadli as Andre Villas-Boas closes in on a deal to sign the 23 year old wide-man.

Belgian source Sport Wereld claim that having failed with an opening offer of €7m (£6m) Tottenham are likely to up their offer to meet a price-tag said to be for a fee of €9.5m (£8.2m) as the White Hart Lane side look to bring in Chadli.

Chadli has been offered a five year deal by Villas-Boas and this source believes a deal will be struck by both clubs.

Andre Villas-Boas is keen to strengthen his squad as Tottenham once again push for a coveted Champions League berth and the Portuguese boss has already completed a club record deal to sign £17m Brazilian Paulinho.

Nacer Chadli moved to Eredivisie side FC Twente in the summer of 2010 and scored 12 goals and provided five assists last term in domestic league action alone and is now a regular in Marc Wilmots Belgian national team set-up and would join fellow compatriots Jan Vertonghen and Moussa Dembele at the North London club.