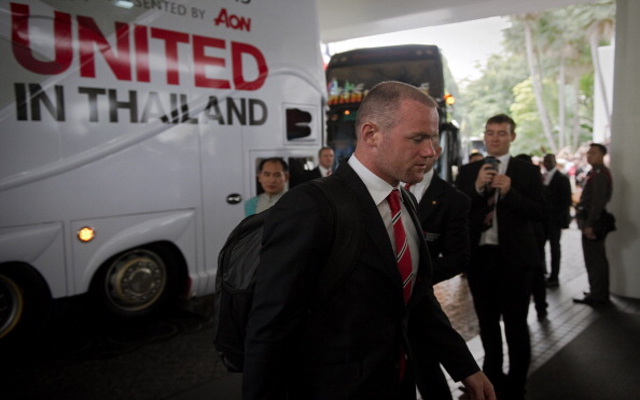 Manchester United manager David Moyes have said that the club will not sell Rooney.

Chelsea are now favourites to sign Manchester United striker Wayne Rooney but may have wait until the end of the transfer window to complete the deal, the Daily Mirror reports.

The England international could cost Chelsea around  £25 million and reports suggest that Jose Mourinho is willing to wait the length of the summer to sign Rooney.

However, United continue to state that Rooney isn’t for sale and the striker would more than likely have to demand a transfer for the club to consider selling him.

It is unlikely that United will sell Rooney to a Premier League rival such as Chelsea and should the striker demand a transfer, United may offer him to foreign clubs first.

Rooney has been unsettled at United for sometime and was left on the bench for several of the clubs crucial games last season.

Former manager Sir Alex Ferguson has said that Rooney asked for a transfer at the end of the season, which the striker denies.

New boss David Moyes wants to keep the England striker at Old Trafford and has had several rounds of talks with Rooney in a bid to keep the striker at the club.