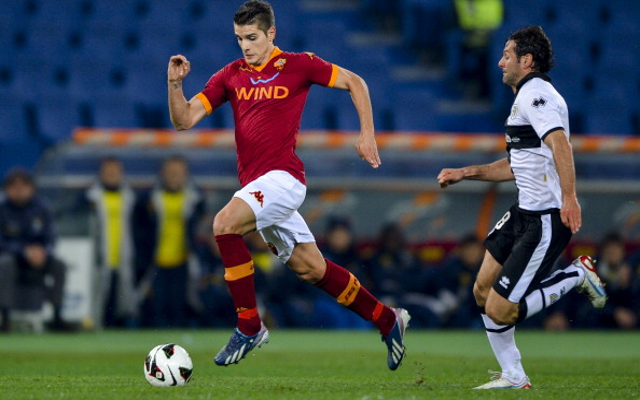 Emirates Stadium side switch attention to Serie A youngster.

Arsenal are readying a club record bid for Roma forward Erik Lamela as Arsene Wenger steps-up his pursuit of an attacking addition this summer.

CaughtOffside understands that Gunners boss Wenger is ready to give up on his long running push to sign Real Madrid forward Gonzalo Higuain and has set his sights on highly-rated Argentine Lamela who enjoyed a standout second season at the Stadio Olimpico.

The 21 year old netted 15 Serie A goals last term and has been linked with a number of European sides this summer as Roma experience something of a summer shake-up with Rudi Garcia coming in from Lille to take over as Giallorossi boss after the capital club failed to secure even a Europa League berth following a sixth placed finish.

Lamela is a cultured forward who can play in either a wide attacking role or as an orthodox striking role and the former River Plate man is considered one of the hottest prospects in world football and Arsenal are ready to offer €25m (£21m) for the youngster.

A move for the starlet attacker is perhaps more in keeping with Wenger’s youthful transfer policy and having seen advances for Higuain, and prior to his interest in the Bernabeu star, a move for Fiorentina’s Stevan Jovetic amount to nothing.

Wenger is keen to bring in a forward signing early in the summer transfer window so as to give the prospective signing time to bed-in during the pre-season friendlies and doesn’t want to be left desperately looking for a proven goal-scorer as deadline day looms.

French forward Olivier Giroud had a moderately successful first season in English football, scoring 11 Premier League goals last term, and is still a player Wenger has faith in but the Gunners boss wants to bring in a big-name signing to help strengthen his attack this summer.

Lamela has netted 21 goals in 58 appearances for Roma since moving to Italy in August 2011.