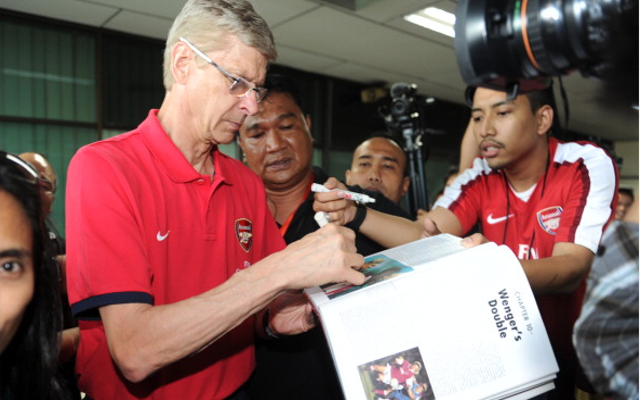 Arsenal have informed Gonzalo Higuain that he needs to make a speedy decision if he still intends to join the North London club according to the Metro.

Arsene Wenger has been hotly tipped to land the 25 year old Argentine and was expecting a deal to be struck following a verbal agreement with Higuain over a £150k a week contract. However the arrival of Carlo Ancelotti as Jose Mourinho’s successor as Bernabeu boss appears to have caused any deal to falter.

Arsenal agreed a club record deal to sign the former River Plate man, who has netted 122 goals in seven seasons for Real Madrid, a month but the striker has seemingly had cold feet about seeing the move through.

Higuain may now elect to remain at the La Liga giants, with Ancelotti insisting that he intends to give the forward a chance to shine in his first team set-up.

Wenger has since been strongly linked with moves to sign Man United star Wayne Rooney and want-away Liverpool striker Luis Suarez but arguably both those options seem like long shots given the size of fees needed to persuade either Premier League side to sell to a domestic rival.

Arsenal got their pre-season tour off to a flyer with a 7-0 win over an Indonesian ‘Dream Team’ during which attackers Olivier Giroud, Lukas Podolski and Theo Walcott all netted.