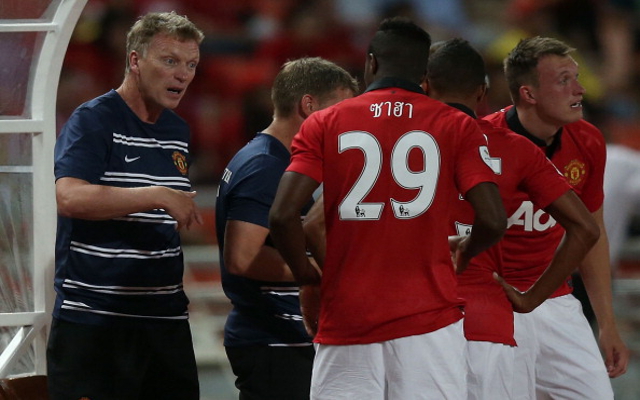 Zaha will be a part of United’s squad this season insists Manchester United manager David Moyes.

David Moyes has closed the door on a possible return to Crystal Palace for Wilfred Zaha by saying that the winger will be part of his squad for next season, Sky Sports reports.

Zaha impressed Moyes on United’s first pre-season tour game in Bangkok and despite a 1-0 defeat for the Red Devils against Singha All Stars, the Scot found plenty of positives in the wingers performance.

“Wilfried did well,” said Moyes. “He gave us a little bit of something different.

“We have brought him here to give him a chance. It is the first time I have worked with him and had a chance to see him up close”.

“He will certainly be part of the squad and we will see where we can fit him in as often as we can.”

United bought Zaha from Crystal Palace in January for £17.5 million but immediately loaned him back to Palace for the second half of last season, so that the winger would get some first team games.

Zaha went on to play a pivotal role in Palace’s promotion to the Premier League, scoring the two winnings goals in the clubs play-off semi final against rivals Brighton and Hove Albion.

Many fans had hoped that United would allow Zaha to come back to Selhurst Park this summer as Palace try and stay in the Premier League but it seems that their hopes have now been dashed by Moyes.