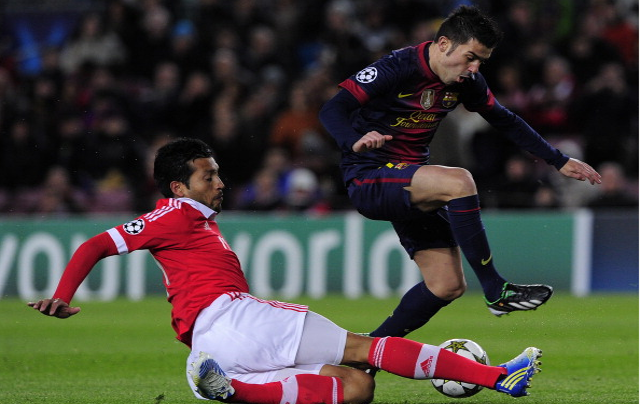 Old Trafford side closing in on Argentine centre-back.

Manchester United have reached an agreement with Benfica for the transfer of defender Ezequiel Garay, according to Tuttomercatoweb.

Quoting Portuguese news outlet Record, The Premier League champions have agreed a fee with Benfica in the region of €20million (£17.2million) for his services. The Argentine defender has been a top transfer target for Manchester United for a number of windows now, but they have not been able to agree a fee with the Portuguese club, but David Moyes feels Garay is a much needed addition.

The 26-year old defender has reportedly been house hunting in Manchester in recent weeks, ahead of his proposed move to Old Trafford. The hardest part of negotiations has been over the price, with both sides haggling over it. Benfica however, will only receive 40% of the £17.2million fee, since Real Madrid own half of his future sell-on fee, and the club later sold another 10% of his fee to the Benfica Stars Fund.

The former Madrid defender has been hugely impressive since his €5.5million move to Benfica in 2011, and believes he is ready for a move to the Premier League. United are searching for another centre back, due to the numerous injury problems suffered by first choice pair Rio Ferdinand and Nemanja Vidic.

Manchester United are also said to be interested in signing a creative midfielder. Seemingly having to have lost out to Bayern Munich in the race to sign Barcelona midfielder Thiago Alcantara, the club are looking at a £25million deal to sign Real Madrid midfielder Luka Modric, the very same player who rejected the chance to join United, in favour of a move to Spain. They are also reportedly tracking Italian midfielder Antonio Candreva.