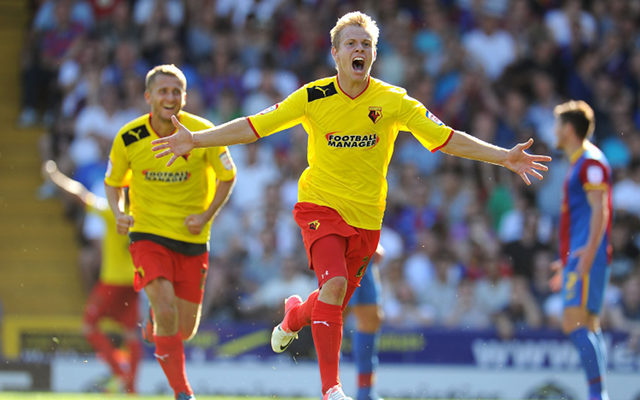 Swansea have entered the race to sign Udinese striker Matej Vydra on a season-long loan, according to the Daily Star.

The Swans have already spent in excess of £20million on summer arrivals’, including a £12million club record signing of Vitesse Arnhem striker Wilfried Bony, but manager Michael Laudrup claims his side are still one player short of where they want to be.

“We only need one other player – a striker. We want a different type of forward but we are in no rush. It could take three of four weeks.” Laudrup said. With only Bony and Michu as senior available strikers, it makes sense for Laudrup to target one more player, with Vydra made available by parent club Udinese.

After impressing on loan at Championship side Watford last season, scoring 20 goals, he has attracted the interest of West Ham, Southampton and Chelsea, as well as Watford, who hope to sign the 21-year old attacker permanently. The Italian side are demanding around £8million for the young striker, who would like to leave for more first team football opportunities.

To fund their move for Vydra, Swansea are expected to sell some of their fringe players ahead of the new season. Defender Alan Tate has been made available for transfer, as well as midfielder Kemy Agustein, who is a target for Blackpool and Ipswich. Squad players Leroy Lita and Luke Moore have also been transfer listed, and are summer targets for Wigan, Sheffield Wednesday and Wolves.