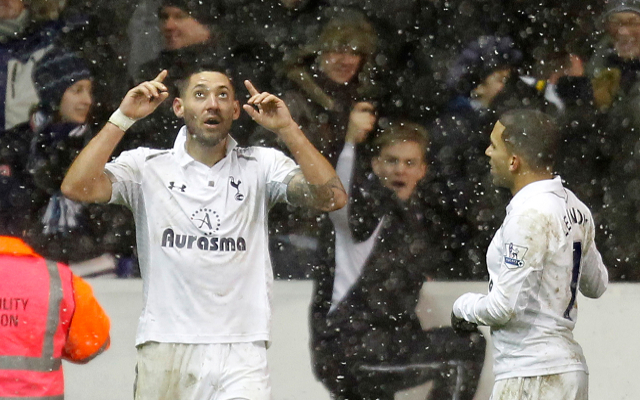 West Brom boss Steve Clarke is said to have taken a keen interest in Tottenham forward Clint Dempsey according to the Sunday Mirror.

The former Fulham man was a much sought after property last summer, with Liverpool challenging the North London club for the experienced United States international after a strong season at the Craven Cottage side, but his first term at Tottenham was something of a disappointment and it appears that Andre Villas-Boas is ready to offload the forward.

Dempsey scored 23 goals in all competitions in 2011/12 but failed to find his feet at Tottenham, managing just 12 goals in 43 appearances and Villas-Boas seems keen to freshen up his attack.

West Brom could well do with fresh attacking options themselves given that Chelsea youngster Romelu Lukaku is unlikely to be returning to the Hawthorns to provide the goals and having brought in Nicolas Anelka the Baggies are keen to bring in further reinforcements.

Tottenham apparently want to recoup more than the £6m they paid Fulham for Dempsey last August.