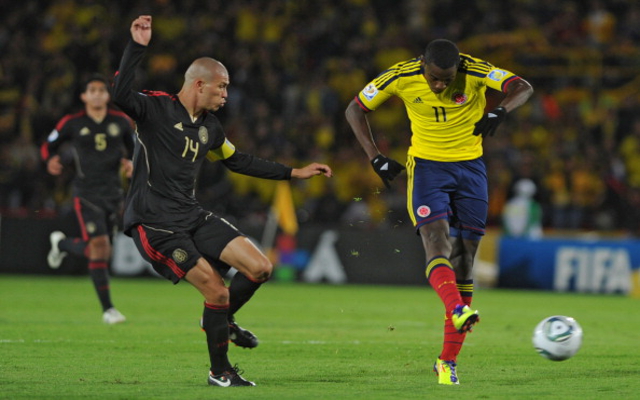 West Ham have sent off a work permit application as they look to finalise a deal to sign Estudiantes striker Duvan Zapata, according to Sky Sports.

The Hammers agreed to meet the release clause of the Colombian striker, believed to be around £6.7million, and the Argentine club have allowed Zapata to hold talks with the East London club ahead of a move. It’s understood the player and club have agreed a long-term deal, and are now awaiting a response to a work permit hearing for his transfer.

The 22-year old forward is eager to secure his ‘dream move’ to the Premier League, after snubbing interest from Italy, Portugal and Germany, with Napoli, Porto and Borussia Dortmund all reportedly interested in the young star. West Ham are hopeful of securing the work permit for the striker, under the ‘special talent’ ruling, and have lined up numerous high-profile figures in world football to vouch for their case.

The Hammers are in desperate need of another striker, with only ineffective Malian striker Modibo Maiga, and new signing Andy Carroll on their books, following the releases of Carlton Cole and Robert Hall. Zapata is known for his tremendous strength in and around the box and compsed finishing, two key assets to the Sam Allardyce style of football.

The club attempted to bring in highly-rated Chelsea forward Romelu Lukaku on loan to the club, but the Belgian rejected the chance to go out on loan again. The Irons are also said to be interested in a number of forwards as they look to strengthen, with Demba Ba, Gary Hooper and Javier Saviola all being considered.