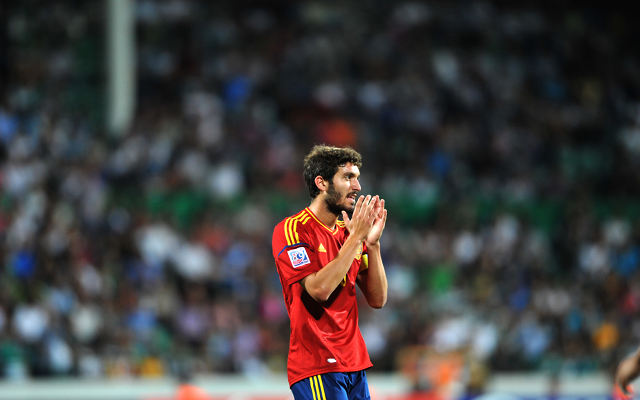 La Liga side confirm Campana is close to joining Eagles.

The Andalusian club have given Campana permission to hold talks and undergo a medical at Selhurst Park after agreeing a €2million (£1.7m) fee for his services.

Campana has just returned from the Under-20 World Cup where he impressed with Spain, and his acquisition would be heralded as somewhat of a coup as the player is highly rated in his homeland.

The 20-year-old recently turned down a new deal to stay at the Ramon Sanchez Pizjuan, forcing owner Jose Maria Del Nido to accept defeat and accept an offer before risk losing him on a free transfer next year.

And Del Nido has spoke of his begrudging acceptance of the player’s departure.

“We made him an offer but he did not accept. He wanted out,” Del Nido told the club’s official website.

“We have reached an agreement with Crystal Palace for about €2million plus add-ons and a sell-on fee.

“He will travel to England to sign today and have a medical tomorrow.”

Del Nido added: “When you offer a player a new deal but he doesn’t accept and there is an offer from English football, maybe that’s the best deal for everyone. So yes, we’ve accepted.

“Campana was going to be a star for Sevilla but sadly it has not worked out. We had done everything we could to make him stay.

“We want him to do well at Palace as he is one of our youth products but it’s true he wasn’t going to get much football here.”