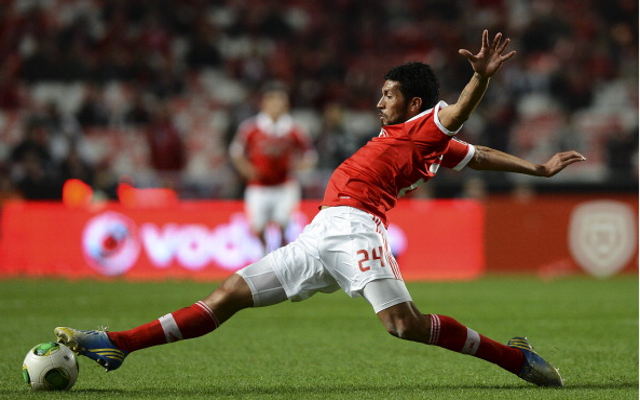 Man United have been strongly linked with a move to sign Benfica centre-back Ezequiel Garay for some months now and now Marca claims that a €20m (£17.3m) deal has been struck and that the 26 year old Argentine will move to Old Trafford imminently.

The Spanish source may well be ‘In the Know’ on this one as Garay’s former club Real Madrid are set to receive 50% of any sale of the rock solid defender and the Marca is know to be the Bernabeu side’s mouthpiece so clearly with the Spanish giants looking to offset big money purchases already made this summer such a move would be welcomed by president Florentino Perez.

Garay has salvaged his career in Lisbon after a shaky spell with Real Madrid and was part of a Benfica defence that conceded just 20 goals in 30 Primeira Liga matches last term.

David Moyes may well have growing concerns that veteran Nemanja Vidic will never fully recover from continuous injury problems he has suffered in recent seasons, having seen the Serbian pull out of the club’s pre-season tour with yet more back problems.

Rio Ferdinand is no spring chicken and arguably Phil Jones is better suited to a defensive midfield slot which would then leave Jonny Evans and Chris Smalling as the club’s long term central defensive options so a move for Garay does indeed make a great deal of sense.