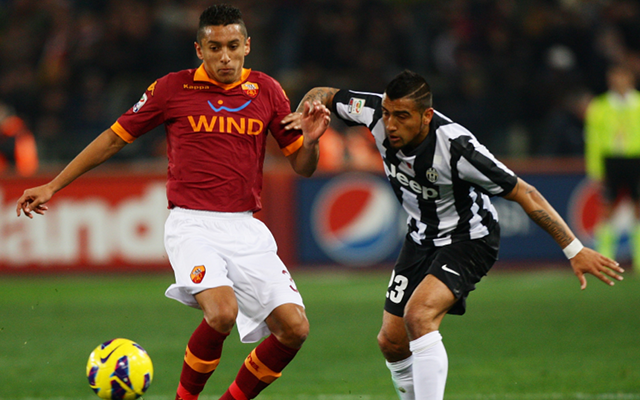 Paris Saint Germain are trying to swiftly agree terms with Marquinhos before Spanish giants, Barcelona, make a move for the young Brazilian.

The 19 year-old has attracted the attention of some of Europe’s biggest clubs after an impressive debut season with Serie A side Roma – where he broke into the first team, managing 26 appearances. Despite the youngster’s agent, Roberto Calenda, stating his client was not for sale, it appears Roma are now listening to offers for their highly rated central defender.

“They player [Marquinhos] has a contract for four seasons with Roma and he will surely stay,” Roberto told Sky Italia, earlier this week.

“There are negotiations ongoing. It’s normal that there that there are lots of teams interested in him because we’re talking about a very talented guy. But Roma have not allowed us to talk to anyone.”

Italian side, Roma, appear to favour the option of selling to French champions PSG due to a larger profit, whereas Marquinhos would rather join up with Tito Vilanova’s squad in Spain for sporting reasons – according to Tancredi Palmeri [Italian journalist].

Fellow countryman Thiago Silva’s future could be decided by Marquinhos’ move as the 28 year-old is reportedly eyeing a move to Liga BBVA champions Barcelona, but it is unlikely that the Spanish side will see the need for two first team defenders, especially with Pique, Puyol and Bartra fighting for first team football as well. Also, if PSG sign the wonderkid it appears they will no longer have as much of a need for Thiago Silva, especially with a reported move for Chelsea defender Branislav Ivanovic lined up.