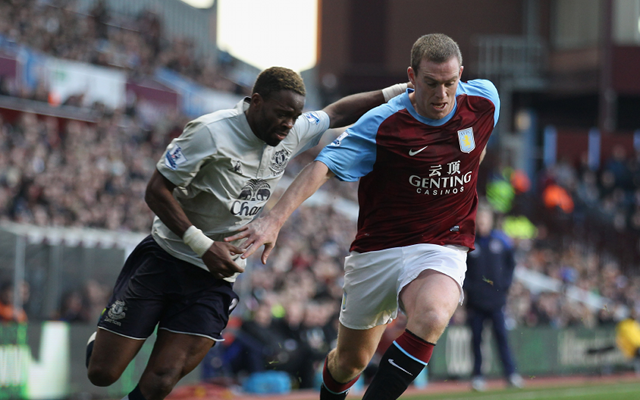 The veteran 33-year-old emerged as a target for the Loftus Road side over the weekend after being released by Aston Villa after failing to make a single appearance in the Premier League last season. However, he had made his international comeback last month when the Republic of Ireland took on Georgia.

Redknapp is looking for reinforcements ahead of the new Championship season and feels that the big centre back will be a perfect addition to the side as they hope to bounce straight back to the top flight since suffering relegation in May.

The west London outfit are also now in the market for a new centre back after letting Christopher Samba rejoin Anzhi Makhachkala following his poor performances last term, and now QPR chief executive Phil Beard has confessed that the club are looking at bringing the former Manchester City stopper on board.

“He’s not signed yet but he’s a player that Harry would like to bring to the club,” he told the Fulham Chronicle.

“We’re looking at a number of players. The main thing is that they want to play for the club and are ready for the Championship, which is very different to the Premier League.”