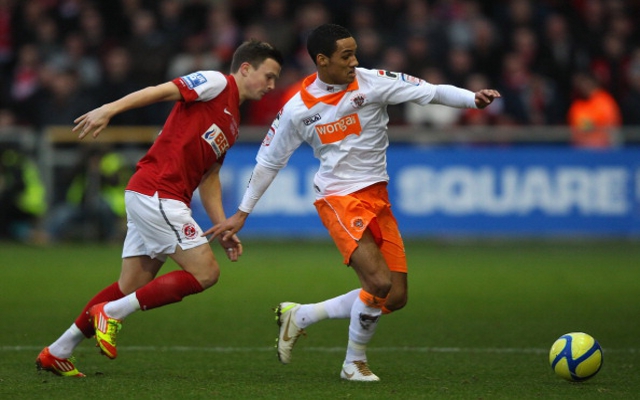 Blackpool have confirmed that Tom Ince will be not be leaving the club to join Cardiff according to talkSport.

The Bluebirds had hoped to persuade the England under-21 star to join them after having had an £8 million bid accepted.

But it is thought Ince was in two minds about joining up with the newly-promoted Premier League side as he feels his development might be better served by continuing to play first team football at Blackpool.

It is thought that Ince would consider a move to the Premier League if the likes of Tottenham or Liverpool act on their rumoured interest.

But until then, Ince is quite happy to continue learning his trade under the guidance of Blackpool manager, and his dad, Paul Ince.

Ince is also thought to be keen to stay in the area following the birth of his first child last week.

That may not be the last we have heard of Ince this summer though with the Premier League’s top sides thought to be continuing to monitor his availability.

Ince nearly moved to Liverpool during the January transfer window, only for a move to break down over the transfer fee. It is thought that Liverpool and Spurs could well make a move for the player in the coming weeks.