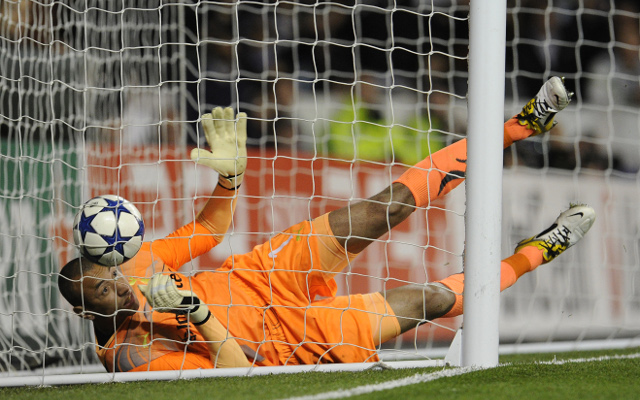 Heurelho Gomes’ agent has told reporters that Tottenham have not received an offers from PSV Eindhoven for the out of sorts keeper according to Sky Sports.

The Dutch club are desperate to find a new goalkeeper as Premier League side, Newcastle United, are closing in on their 22 year-old wonder kid Jeroen Zoet. PSV have drawn up a shortlist of goalkeepers, but former star, Gomes, tops their priority list for this summer.

The Brazilian spent four years playing for PSV, managing 128 first team appearances, before Tottenham made a move, back in 2008.

32 year-old, Gomes, has fallen drastically down the pecking order at Spurs, after the arrival of French international Hugo Lloris – who has impressed in his debut season in London.

Although Andre Villas Boas will look to let Heurelho leave to lower his wage bill, the player’s agent, Alex Soares, has admitted that there have been no contact from his former club despite clear interest.

“Heurelho is a Tottenham player and he is under contract,” Soares told Sky Sports.

“I can confirm that we have not received any official offer or contact from PSV in relation to Heurelho’s return. Maybe the rumours around his move to PSV is due to his previous years at the club and the PSV fans’ wishes.”

“I am sure that if PSV want him back, Gomes’ decision will be very easy to take.”

Tottenham are also set to lose Scott Parker this summer, as the English international seeks game time to help cement his place in Roy Hodgson’s World Cup squad next summer. QPR lead the chase for the 32 year-old, but Championship football does not interest the former West Ham man.