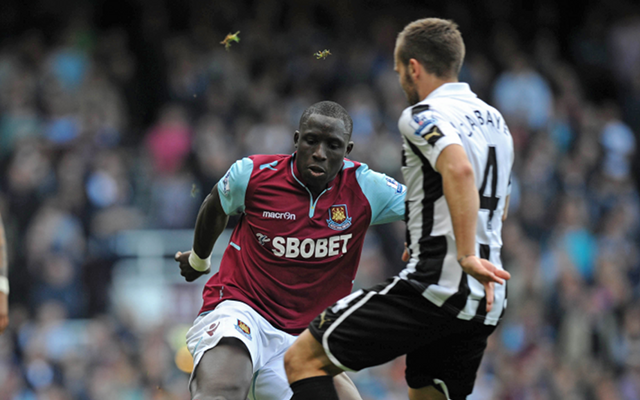 West Ham United midfielder Mohamed Diame has denied that he is set to join Everton by claiming that he is looking forward to the new campaign with his current club, talkSPORT reports.

The Senegalese international has been strongly linked with a move to Everton to join up with former boss Roberto Martinez, the pair have previously worked together at Wigan Athletic and is reported to have a £3.5 million buy out clause in his Upton Park contract, causing natural speculation.

Though Diame has fond memories of the time he spent working with the Spaniard, he is also a big fan of Sam Allardyce and has spoken of his desire to stay in east London and help the club improve on their mid table finish last term by pushing for a place in the Europa League.

“We have to have our ambition and we know the project of the club. We need to work to try to finish near the top,” he said.

“We are going to try to give our best and make sure we do better than the last season. I feel a top-eight finish is achievable, of course. Why not?

“I see everybody is focused to be in the starting XI. Everybody is working hard so this is good for the team. We just need to be focused on the first game against Cardiff because we know it is important to start well to make the season easier.”

Diame joined West Ham last summer and went on to make 34 appearances for the side, scoring three goals.