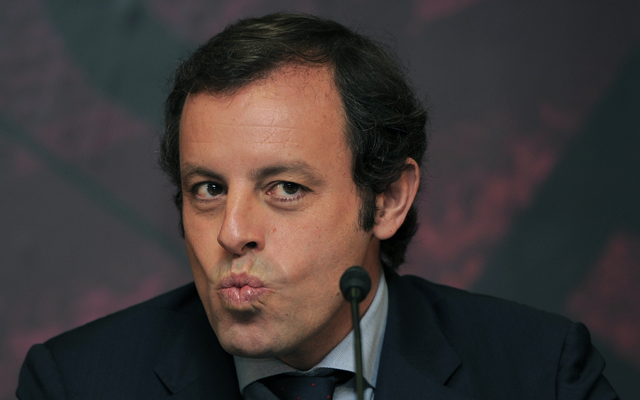 Spanish Champions Barcelona have admitted that they are interested in Paris Saint Germain defender Thiago Silva – but will only make a move if the player receive’s the club’s blessing to move on, according to Sky Sports.

The 28-year-old only joined the French capital side last summer after signing on from AC Milan on a five-year deal. He helped the side win the Ligue 1 title and enjoy an extended run in the Champions League but has already been tipped to leave this summer with Barcelona his most likely destination.

And Barca president Sandro Rosell believes that coach Tito Villanova is also a fan of the player, but has admitted that a deal may not be possible as the Parisian’s cash rich Qatari owners would have no reason to want to sell the player.

Rosell was quoted on Marca.com as saying: “Thiago Silva is a player we want – the board as much as the coach. When it comes to him, the price is not an issue.

“We are negotiating with people for whom money is not a factor. And if they’re not willing to sit down and talk, we can’t do anything.

“It’s a matter of the player convincing them to come over here and start negotiating.”

Silva made 34 appearances across all competitions in his debut season in France last season, scoring three goals.