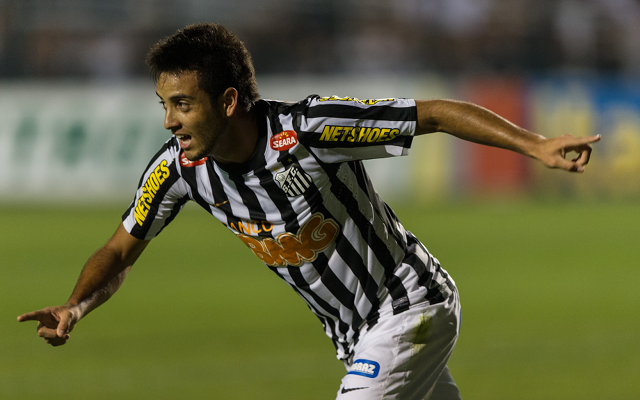 Brazilian ace heads for Serie A.

The 20-year-old has reportedly agreed a five year deal to stay in the Italian capital and has changed sides for a fee in the regions of around  €9 million (£7.7million).

The two sides began the saga back in the January transfer window where they agreed a fee on deadline day, but the necessary paperwork failed to arrive in time for the deal to be completed.

The Biancocelesti looked to revive the move when the summer transfer window opened, but negotiations were held up by UK-based investment fund Doyen Sports, which owns 50% of the player’s registration.

However, all of the necessary payments have been made, and the paperwork completed, and the Brazilian international has now complete his move to Serie A.

A statement on the club’s official website read: “SS Lazio announce the player Felipe Anderson has tied himself to the Biancocelesti for five years.”

Anderson made his debut for Santos back in 2010 and has since gone on to make 108 appearances for the side, scoring nine goals in the process.

He has yet to break into the full Brazilian side but has a number of caps for both the under-17s and under-20s.