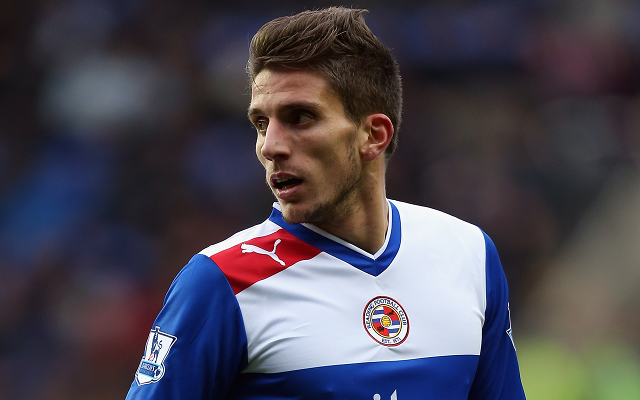 Reading midfielder Daniel Carrico has arrived in Sevilla to complete a medical ahead of a loan move to the Primera Division outfit, Sky Sports reports.

The 24-year-old midfielder-cum-defender arrived at the Berkshire club in the January transfer window from Sporting Lisbon, putting pen to paper on a two year deal, but he failed to make an impact during his brief time in the Premier League, featuring just three times as the club slipped back down into the Championship.

Last week the former Portuguese under-21 international declared his interest in joining the Andalusian giants after hearing of their interest.

“Sevilla is a great club,” said Carrico. “I would love to play for them. I will not be staying at Reading,” he said.

The Spanish side have now confirmed that Carrico is on his way to the club after they had also been interested in a deal in January, but he chose a move to the Premier League instead.

He agent had hinted that the move may not be able to go ahead, but Sevilla have pressed ahead with a short term deal in order to get bodies in to replace those who have already left this summer.