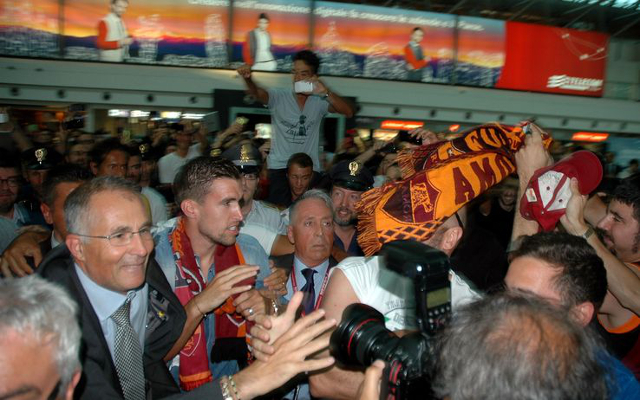 Reports in Italy claim that Roma have agreed to sign Strootman from PSV Eindhoven.

Reports suggest that Roma will pay PSV £15 million for the talented midfielder with the player himself set to earn around £2 million.

Strootman was thought to be one of David Moyes main transfer targets this summer with the Scot desperate to improve the Red Devils midfield.

The midfielder has been a long term target for United, with Sir Alex Ferguson interested in signing the Dutchman last summer before deciding to wait a year to see how the midfielder progressed.

Now it looks like United will miss out on Strootman to Roma, who are reportedly the only club to have submitted a bid for the talented midfielder.

Strootman has already led the Dutch national team in a World Cup qualifier and his leadership skills have been one of the attributes that have made him one of the most highly rated young midfielders in Europe.

United are trying to strengthen their midfield this summer but have already missed out on Thiago Alcantara, who choose to move to Bayern Munich instead of United.