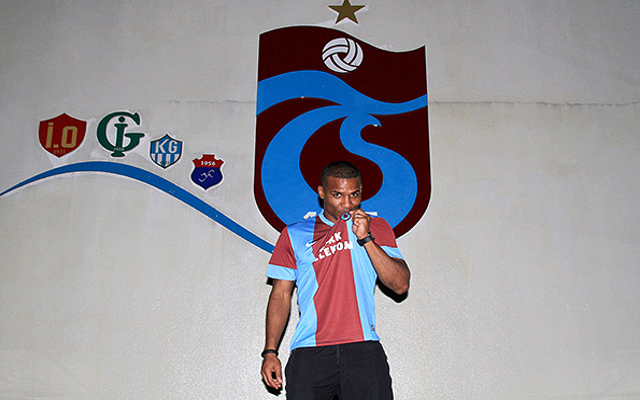 Turkish club Trabzonspor have signed former Chelsea winger Florent Malouda, following his release from the Premier League club at the end of the season, despite interest from various clubs in Europe according to the club’s official website.

The 33 year-old was linked with moves to clubs all over Europe, including several Premier League sides, but the French international was not willing to lower his demands enough for the clubs to want to take the risk.

Malouda signed for Chelsea back in 2007, when Jose Mourinho was in charge for the first time. Blues boss, Mourinho, signed the Frenchman for £13.5million from Ligue 1 giants Lyon.

Trabzonspor’s club president, Abraham Haciosmanoglu, met up with Florent today to finalise his move to the Turkish club. The left sided player will have his medical tomorrow, despite already being announced to the fans with his shirt being given to him.

Recently, Florent Maloud spoke to Sky Sports, claiming : “I need to go to a club and play football. I do not want to experience my last year at Chelsea again. [where he managed only one appearance] It was difficult for me and I need to have certain guarantees before making a decision.”

“The positive news is that clubs are interested in me and want me at their club. That is the most important thing.”

Luckily, the Turkish side could offer the ‘guarantees’ he required since they lacked midfield depth, allowing plenty of game time for the Frenchman, especially with the Europa League games they managed to qualify for last campaign.