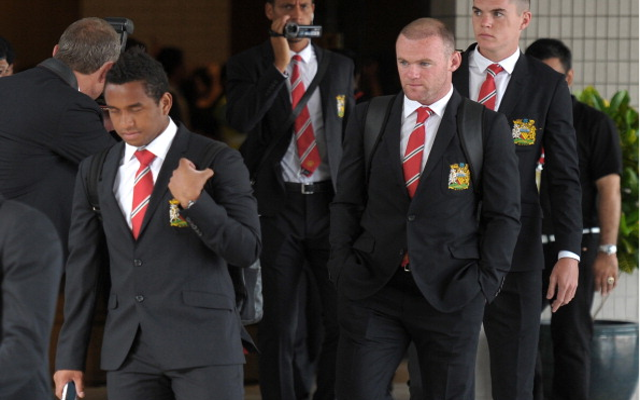 Wayne Rooney is ‘angry and confused’ about the treatment he has received from Man United and is looking to leave Old Trafford this summer according to Sky Sports.

Relations between the 27 year old and his Premier League title winning employers have been strained since the end of the last campaign when Sir Alex Ferguson, and others at the club, publicly stated that Rooney had made a verbal request to leave the club, a claim that the England international has since strenuously denied.

The former Everton man may well have hoped that Man United would look to clarify the position and perhaps take some of the blame for what may have in fact been a result of a breakdown in communications but instead Rooney has become incensed by comments made by David Moyes in relation to his role at the club.

The newly appointed manager, who fell out with Rooney spectacularly following his move from Goodison Park to Man United nine years ago, stated;

“Overall, my thought on Wayne is, if for any reasons we had an injury to Robin van Persie, we’ll need him.

“Wayne can play up on his own, he can play dropped in. It’s going to be a time to see how I work with Wayne.

“I won’t allow Wayne Rooney to become more important than the football club and the football team, because that’s the heart of it.”

These statements have left Rooney having to justify his place in Man United’s first team plans, something one would not expect the club’s fourth highest goal-scorer of all time to have to do.

Reporter Kaveh Solhekol told Sky Sports News: “Rooney believes he is at the peak of his career and has no intention of becoming a squad rotation player or by playing second fiddle to anyone at Old Trafford.

“He believes he has nothing left to prove after nine successful seasons – yet that is what is being suggested by reports in the media which have interpreted the club’s statement as meaning he’s currently on trial for the coming season.

“Since he’s returned from the pre-season tour due to injury, Rooney has been in touch with the club and spoken to David Moyes on the phone – he is angry and confused at the way he’s been treated.”

Wayne Rooney has been strongly linked with interest from both Arsenal and Chelsea and this source claims he would he open to a move to London and it seems such a move has just become all the more likely.

David Moyes may feel he can afford to cash in on Rooney given that he has the likes of Javier Hernandez and Danny Welbeck to call upon to act as back-up options to Robin Van Persie as the spearhead of Man United’s attack.