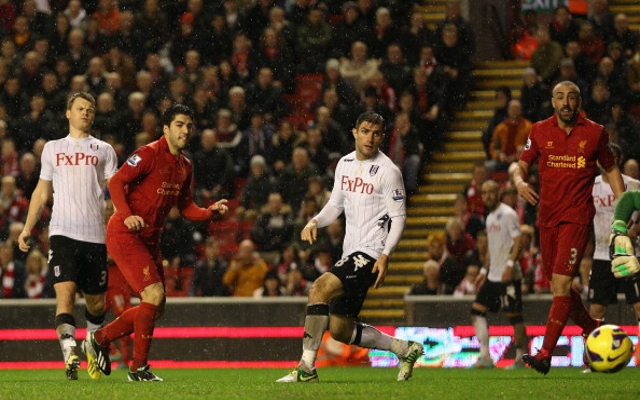 Emirates Stadium side ready to break the bank in pursuit of Anfield ace.

Arsene Wenger appears to have finally changed his transfer tactic as he is poised to offer Premier League rivals, Liverpool, £40million for their star striker Luis Suarez according to the Daily Telegraph.

After having two bids previously rejected, it thought Arsenal may end their interest in the Uruguayan forward before turning their attentions to Manchester United star Wayne Rooney.

Despite this large offer, it appears that Liverpool may still demand more money as they value him more highly than they did Fernando Torres [whom they sold to Chelsea for £50million]. Although the Merseyside club may be forced to sell due to the lack of European football to offer the former Ajax star, who moved to the Premier League back in 2011.

Liverpool have not frozen out their want away striker from the club as they are still hopeful that the 26 year-old will have a change of heart, keeping him at the club. Reds boss Brendan Rodgers recently released his Liverpool squad for the south-east Asia tour, which surprisingly contained controversial striker, Suarez.

Chelsea appear to be more interested in Manchester United’s Wayne Rooney, whilst Real Madrid’s interest has just faded (probably due to his inflated price tag), meaning Arsenal are left as the last team in the race for Luis’ signature.

Ian Ayre [Liverpool’s managing director] will hold talks with Arsenal representatives shortly but has admitted there is no guarantee that Luis will be sold even if the London side do meet their valuation.

Liverpool have not yet lined up a replacement for the striker due to the uncertainty of his future, plus the new arrivals Iago Aspas teams up with Borini and Sturridge upfront – three young, bright prospects.