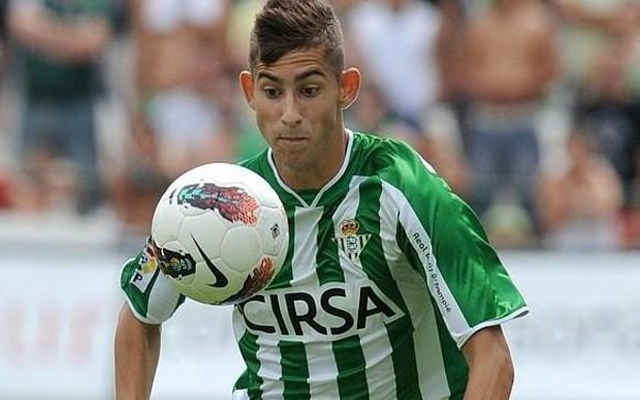 Tottenham have joined arch-rivals Arsenal in the race to land exciting Real Betis midfield player Alvaro Vadillo this summer, according to reports in the Metro.

Both north London giants are understood to be closely monitoring the current situation of the Spain Under-20 international, who has been dubbed ‘the new Cristiano Ronaldo’ in some sections of the Spanish press after his impressive performances for Betis over the past two years.

The 18-year-old wide man made his debut for the Liga outfit just last December, and although the player has only featured in 18 matches in total in all competitions for Betis in the meantime, some of his displays for the Spaniards, particularly in the second half of the previous campaign, have really caught the eye.

As a result, both London giants are known to be interested in bringing Vadillo to the Premier League for next season, with Tottenham head coach Andre Villas-Boas possibly planning ahead for life without coveted winger Gareth Bale at White Hart Lane further down the line.

However, whether either club would be able to persuade the youngster’s employers to do business this summer and allow their starlet to leave the club very much remains open to doubt.