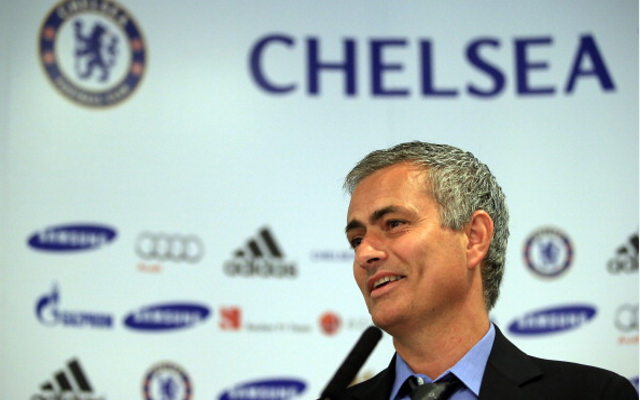 Lampard was linked with a move to the MLS before he decided to extend his stay at Stamford Bridge.

Chelsea manager Jose Mourinho has revealed that he persuaded midfielder Frank Lampard to stay at the club before he returned to Stamford Bridge as the Blues manager, Sky Sports reports.

Lampard had been linked with a move away from the club following revelations that he hadn’t been offered a new contract at Chelsea, with clubs in the MLS said to be interested in the midfielder.

However, the midfielder decided to sign a one year contract extension at Stamford Bridge following Mourinho’s advice about not going to America.

“At that time (last season) I was not in contact with the club,” he told Sky Sports News. “I was only in contact with him as a friend because we kept contact all over these years”.

“I was telling him, the way I know you – don’t go to American soccer. You are a player who needs to compete every week at the highest level, you are a player that needs to be in real competition”.

Mourinho returned to start his second spell as Chelsea manager last month and the club have immediately been placed as favourites to win the Premier League next season on the strength of Mourinho’s appointment.

The Portuguese coach looks set to strengthen his midfield this summer, with Daniele De Rossi one of his main transfer targets for the summer.