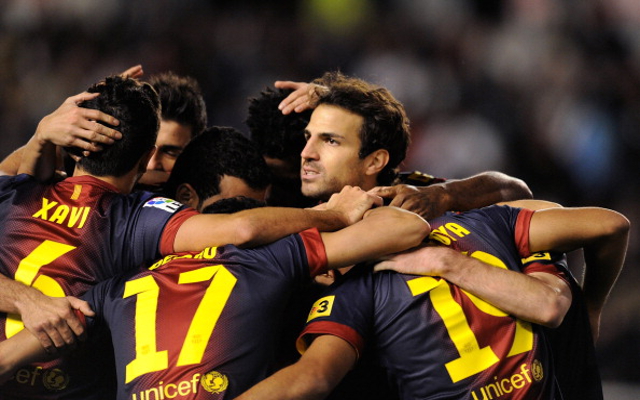 The Red Devils current record transfer is the £30.8 million paid to Tottenham for Dimitar Berbatov.

Manchester United will have to pay a club record fee to sign Barcelona midfielder Cesc Fabregas and they are willing to do just that, the Daily Mirror reports.

Fabregas is now David Moyes number one transfer target this summer and the club submitted a £26 million offer to Barcelona on Monday for the Spanish play-maker.

That bid is thought to be below Barcelona’s valuation for Fabregas but the club are willing to sell the midfielder if United make a bid of more than £30 million.

Although Fabregas has said publicly that he wants to stay at Barcelona, reports suggest that privately he is interested in a move to Old Trafford and will consider the transfer if Barcelona agree a fee with United.

The Spaniard has had a difficult time at Barcelona and has regularly been played out of position by manager Tito Vilanova.

Fabregas knows that he may not get much first team football next season because of the arrival of Neymar and the midfielder will consider his options should Barcelona accept United’s offer.

Arsenal reportedly have first refusal on Fabregas but the Spaniard is not interested in a move back to the Emirates, making the Gunners first refusal option useless.