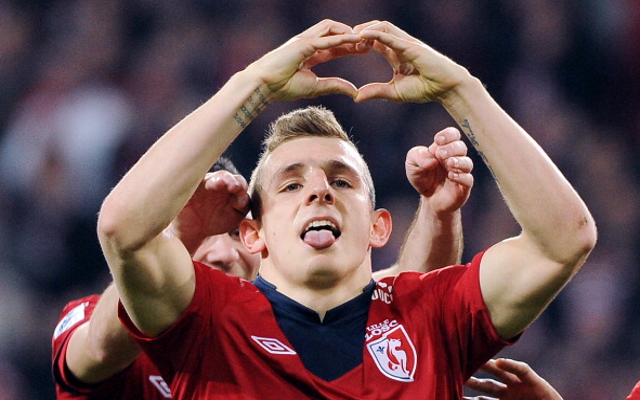 Big spending French giants Paris Saint Germain are closing in on Liverpool target Lucas Digne, after matching Lille’s asking price of €15million for the left back according to RMC Sport.

The French under 20 international was linked to a whole host of clubs around Europe, but Liverpool and PSG were the two most heavily linked clubs. Despite offers from all around Europe, it seems Lucas is to stay in France as PSG are unlikely to fail to agree personal terms with the youngster.

The 19 year-old is one of the most highly rated prospects in France, whom has already made over 40 appearances for his current club, Lille, since his debut in October 2011.

Liverpool were attracted to Digne as they looked to find a long term replacement for Spanish left back Jose Enrique. But now it seems the Merseyside club are more likely to turn their attention to another French international – Valencia’s left back Aly Cissokho, for an alleged £4million. The 25 year-old has been strongly linked with a move to Anfield for several years, so this rumour could just be a case of guess work.

Big spending Ligue 1 rivals, AS Monaco, are also looking at a French Newcastle United player, but instead they are looking at Hatem Ben Arfa.