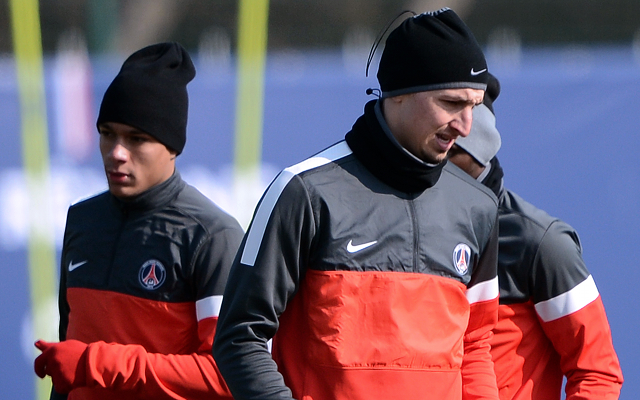 French side Paris Saint Germain have once again reiterated their desire to keep a hold of star duo Zlatan Ibrahimovic and Thiago Silva despite heavy interest from elsewhere, Sky Sports reports.

Brazilian international defender, Silva, arrived along side the big Swede last summer from Italian giants AC Milan, but has been attracting the attentions of Barcelona all season whilst Ibrahimovic, who cost in the region of €20 million (£17.2 million), has been linked with a swift return to Serie A as well as a number of Premier League clubs.

The Ligue 1 champions are certainly under no financial pressure to sell thanks to the backing of owners the Qatar Investment Authority and once again flexed their financial muscles this week by bagging the signing of Uruguayan international Edinson Cavani from Napoli for £55 million.

And chairman Nasser Al-Khelaifi has said that deal highlights their ambition to build a side capable of winning the Champions League and they are not entertaining the thought of selling their star players.

“Will Thiago Silva and Zlatan Ibrahimovic stay? I already told you: Yes. Thiago’s agent has been very clear. It is the same for Ibra. The project will go on,” he told French newspaper L’Equipe.

“People talk about our credibility but we have just signed Edinson Cavani, one of the best forwards in the world.

“A lot of clubs wanted him but he signed at PSG. Our objectives remain the same: Win the Champions League within four years.”