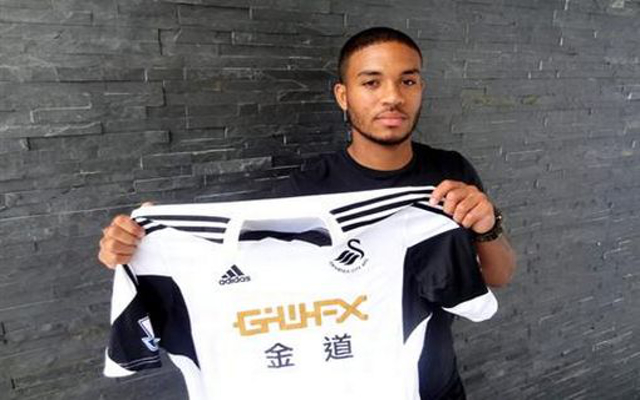 Former Arsenal left-back Jernade Meade has signed for Swansea City on a one-year deal following his departure from the Emirates Stadium earlier this summer according to the BBC.

The 20-year-old free agent has been snapped up by Swans boss Michael Laudrup after a successful week training with the South Wales outfit.

He now initially join up with Kristian O’Leary’s Under 21s set up with the ambition of competing for a place in the Swans side.

Meade was quoted as saying on Swansea’s official website

“My aim is to start impressing in the Under-21s team and hopefully give Michael Laudrup another option at left-back for the first team,”

“He [Laudrup] was a great player, and the chance to learn from him is a massive opportunity for me.

“And he is not afraid to give youngsters a chance to prove themselves either. You only have to look at what Ben Davies achieved last season to realise that.”

After spending nine years with the North London side Meade had finally made his Arsenal debut coming off the bench during extra-time in last season’s Capital One Cup 7-5 victory over Reading in October.

This was followed in December by his first start for the Gunners during their Champions League defeat against Olympiakos.

However the Gunners decided to cut their ties with the youngster this summer and that has seen him training with Belgian side Club Brugge before making the move to the Liberty Stadium.

Meade added: “I’ve been at Arsenal since I was 11, so to come to Swansea was the perfect move for me in terms of style,”

“Swansea are a growing club and they’ve come from League Two by passing their way out of the divisions.

“I think everyone has been very impressed by what they have achieved in the Premier League, and it’s great to be a part of the club.”