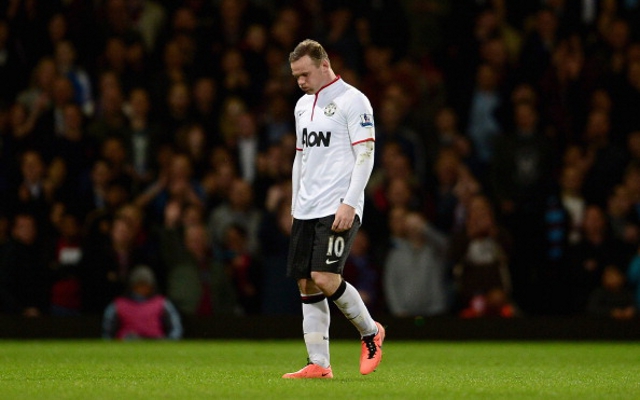 Manchester United striker looks certain to be heading for the exit door.

Wayne Rooney’s time at Manchester United looked certain to be coming to an end after The Independent reported the player is ready to hand in a transfer request.

Rooney is reportedly ready for a new challenge and is ready to try and force through a move away from Old Trafford.

Rooney’s future has been under speculation for some time, ever since he was dropped from the starting eleven for the club’s last sixteen Champions League tie against Real Madrid last season.

The England star is understood to have felt undervalued at the club since the arrival of Robin Van Persie last summer.

That was promptly denied by both club and player but it now appears set to become a reality after the player’s latest spat with the United management.

Rooney is reportedly furious at comments made by United boss David Moyes, where he claimed that Rooney was only vital to the team if Van Persie suffered injury.

Rooney is thought to be furious at being considered as anything but a first choice player and is ready to hand in a transfer request in order to engineer an Old Trafford exit as soon as possible.