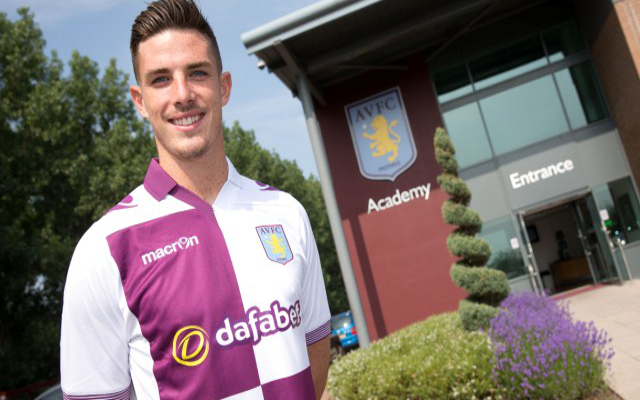 Aston Villa defender Ciaran Clark has today put pen to paper and signed a new three-year deal, keeping him at the club until June 2016 according to the club’s official website.

The 23 year-old was at the heart of the Villa defence last year, partnered by Dutch international Ron Vlaar, as he tried to keep the Premier League side away from relegation. His lack of experience was his downfall at times, but being an understudy to 27 year-old, Vlaar, will help him develop into a top player.

With the extra six additions that Villa boss, Paul Lambert, has already brought in this window [Okore, Luna, Bacuna, Tonez, Helenius and Steer], there will be plenty of competition next season at Villa Park – which could have been one of the issues last year, not enough competition for Lichaj and Lowton to force them to try harder.

“Everyone’s at the stage now where we want to get out and play and the competition for places is tougher than it’s been these past few seasons, no doubt about that,” Ciaran told the club’s official website.

“We feel like we have very strong foundations in place. The last couple of seasons we’ve had some ups and downs and we’ve always stuck together and supported one another, whatever’s happened. We’ll continue to do that and that’s what will continue to help us to progress together as a team.”

“The manager has also been superb in instilling confidence and ambition, a real desire to succeed for the Club and we’re all hungry to achieve something here.”

“From a personal point of view, I really couldn’t be more delighted or more proud. I’ve been here since I was 12 years old, progressing from the younger teams through the youth team along with players such as Marc Albrighton, Barry Bannan and another couple who have just signed new deals in Nathan Baker and Andi Weimann. It’s great that we’ve all managed to come through together and there’s a bond there with this Club that’s as close as family to us lads especially.”