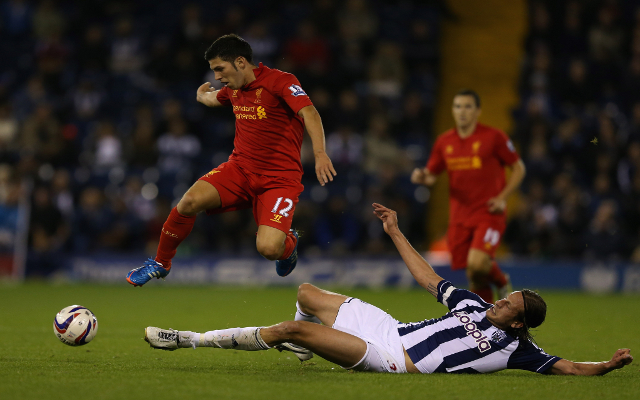 Spaniard has been at Anfield for six years now, but has failed to nail down a regular starting spot.

Liga outfit Celta de Vigo are said to be interested in taking unwanted Liverpool front man Dani Pacheco on loan next season, according to reports in the Daily Mail.

The former Spain Under-21 international has been at Anfield for the past six seasons now, having originally been brought to Merseyside from Spanish giants FC Barcelona for an undisclosed fee by previous Reds head coach Rafa Benitez in the summer of 2007.

However, it is fair to say that in the intervening six-year period, the 22-year-old has failed to live up to the hype that first greeted his arrival at the club, with the forward spending large parts of his time at Liverpool out on loan at the likes of Norwich City, Rayo Vallecano, and then last season with Huesca in the Spanish second division.

Meanwhile for the Reds, the attacker has featured in just the 17 matches in total in all competitions, including five games in the Premier League, although Pacheco is still to find the back of the net for the Merseyside giants in that time.

And now the striker, who was not part of the Liverpool squad who set off on their pre-season tour to the Far East and Australia earlier this week , is set to be handed yet another opportunity to try his hand out elsewhere again next season in Galicia.