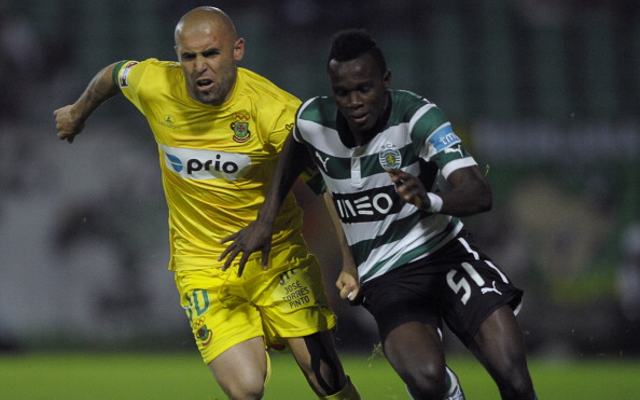 Chelsea are set to complete their long awaited move to sign Sporting Lisbon teenager Bruma according to the Metro.

The 18 year old Portuguese winger looks set to become the Blues third signing of the summer with the talented attacker joining Andre Schurrle and Marco van Ginkel at the Stamford Bridge club.

Blues boss Jose Mourinho has been tracking Bruma for some months, even prior to his return to West London, and his performances that Under-20 World Cup appear to have pushed the Premier League side into action.

Sporting Lisbon rejected earlier bids for Bruma but are now set to accept an initial fee of £10 with another £7m dependent on appearances and other performance related bonuses.

Bruma’s agent Catio Balde certainly appears to believe a move is set to be completed, stating;

‘It is not a pleasant situation for a young man to be in when there is a tug-of-war,’

‘But I think the coming days there will be news. We are all committed to trying to resolve the situation so everybody is happy.

Bruma had apparently gone ‘on strike’ since returning from the Under-20 World Cup, forcing his side to consider offers for his services.

The starlet impressed at the FIFA Under-20 World Cup in Turkey this summer, scoring five goals in four games.

Bruma, dubbed the ‘New Cristiano Ronaldo’, made his debut for Sporting Lisbon in February and has made a total of 13 appearances for the Primeira Liga side having moved to the club six years ago.