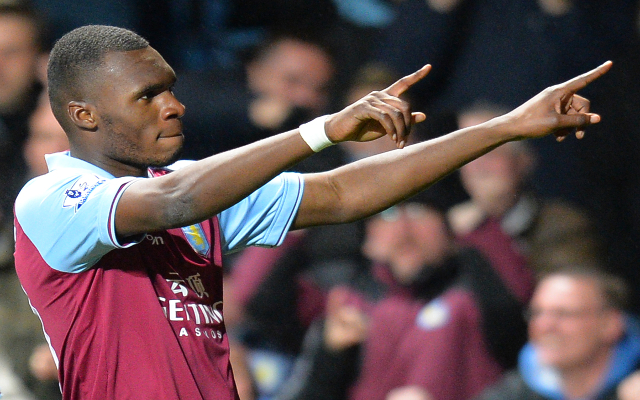 Belgian striker Christian Benteke is set for showdown talks with Aston Villa officials as he looks to force through a transfer away from the club according to The Sun.

The youngster arrived in the Premier League last year in blistering form and was vital to Villa’s eventual success in avoiding relegation.

Villa boss Paul Lambert rated Benteke so highly that he dropped the club’s record signing, Darren Bent, in favour of the youngster.

Lambert had been hoping to build a team around Benteke but the Belgian dashed those hopes by declaring his desire to leave the club this summer.

The 22 year old handed in a transfer request last week after seemingly having had his head swayed by reported interest from the likes of Tottenham and Chelsea.

Villa are angry with how the situation has panned out and are determined to get as much money as they can for Benteke.

The club are demanding £25 million for his signature and have informed Tottenham that they will not be willing to consider any kind of deal involving player exchanges.

Until a move is finalised, Benteke could become the latest member of what has been dubbed the ‘Bomb squad’, containing other Villa outcasts such as Shay Given, Stephen Ireland, Alan Hutton and Darren Bent.