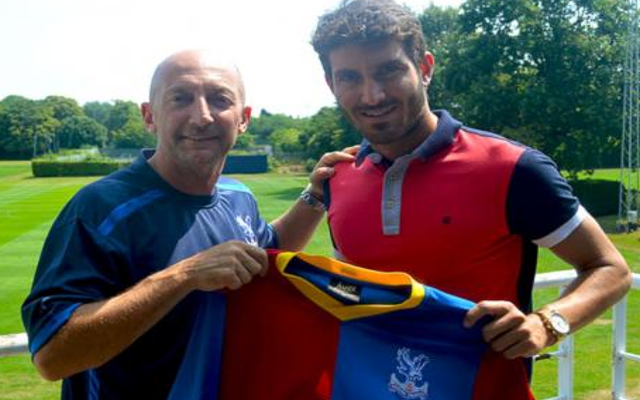 The Spanish Under 20 international [who was tracked by Ian Holloway’s scouting team] has been at the Liga BBVA side since he was seven years old, making his professional debut in 2007, when he was aged just 16. He continued to progress before making his Sevilla first team debut in 2011, in a 1-1 draw with Hannover 96 in the Europa League.

Last season Campana only managed five league appearances due to injury, which is why the Spanish side were keen to offload the youngster despite his mass amount of potential.

Luckily for the Spaniard, he was fit for the Under 20 World Cup in Turkey, where he helped his side to reach the quarter-finals before they crashed out to tournament runners up Uruguay.

“I’m delighted to become a Crystal Palace player. Over the last two years, I’ve had some problems with my hometown club, but I’m really excited to play in the Premier League,” Jose told the club’s official website.

“I think it’s a good step for me and I’m really excited and looking forward to meet all the boys and start as quickly as possible.”

He added : “I got the first interest through my agent, who said that Crystal Palace were interested and straight away I said ‘yes’ because for me it was a dream to play in England, especially in the Premier League. I hope to help the team stay in the league and then move forward.”

Campana will join up with new fellow arrivals Dwight Gayle, Stephen Dobbie and Jerome Thomas at Selhurst Park when he arrives to meet up with his team later this week.