Chelsea are set to press ahead with a raid for Everton midfielder Maroune Fellaini and in a bid to get the jump on rivals Manchester United and Arsenal will offer the Toffees a player plus cash deal.

The Belgian international was reportedly close to joining the Stamford Bridge outfit back in the January transfer window but the move broke down at the 11th hour and now new boss Jose Mourinho has targeted him as a man who could be central to his new look squad.

Everton are thought to want around £25 million for the 25-year-old as Manchester United boss David Moyes continues to sniff around in the hope of being reunited with him.

However, CaughtOffside understands that Chelsea will try to hijack the move as United busy themselves with an attempt to bring former Arsenal midfielder Cesc Fabregas back to England, by offering £20 million plus former Wigan Athletic forward Victor Moses as a makeweight. 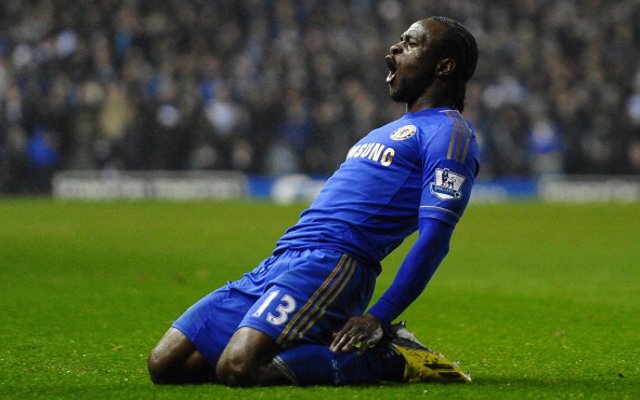 New Toffees boss David Moyes is said to be keen on a reunion with the 22-year-old after working with him whilst at Wigan. Moses left to join up with Chelsea last summer, and despite bagging 10 goals in 43 appearances across all competitions he has been told that he could now be surplus to requirements after the Blues landed Andre Schurrle earlier this summer, pushing him down the pecking order.

Martinez is also intent on keeping hold of Fellaini, though, but faces a challenge in convincing him to stay as he has previously expressed a desire to play Champions League football next season, but throwing Moses in a a sweetener could convince the Spaniard to reconsider his stance.

It is, however, still unknown where Fellaini’s preferred destination would be, having worked with Moyes for so long the obvious choice would be Manchester United, though with Mourinho back at Chelsea he could be tempted to move south and try his luck under a new regime.

What is is known is that he is hoping to go to the club that will want him the most and therefore won’t damage his chances of earning a starting role for the Belgian national side at next summer’s World Cup in Brazil.

“I only want to go to a club where the manager really wants me. In 2008, Everton did everything to convince me, especially David Moyes. He made me the player I am now,” he said.