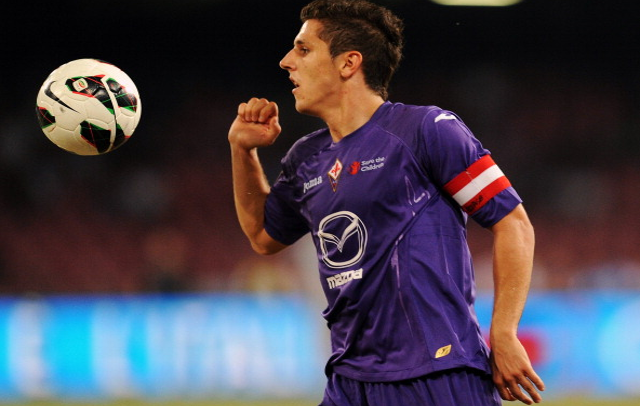 Stevan Jovetic has been a given until Friday to agree a move to the Premier League or face having to stay at Fiorentina, the Daily Star reports.

Several Premier League clubs are reportedly keen on signing the highly rated striker, with Manchester City thought to be closest to agreeing a deal with the Italian club.

Manchester United, Arsenal and Chelsea are all reportedly monitoring the situation involving Jovetic but City manager Manuel Pellegrini is the thought to be the most keen to land the striker.

Interested clubs will have to pay Fiorentina £27 million for the striker and the clubs president Andrea Della Valle has stated that the club will not bullied into lowering their asking price for the 23 year old.

After months of speculation about Jovetic’s future, Fiorentina are now getting fed up and have told Jovetic to find a new club by Friday or return to the clubs pre season training camp at Moena.

City are desperate to strengthen their attack this summer, having recently lost Carlos Tevez to Juventus,

That means City only have two strikers in their squad at the moment, Sergio Aguero and Edin Dzeko.

They are close to signing Sevilla striker Alvaro Negredo and will hope to complete a deal for Jovetic before the Friday deadline.