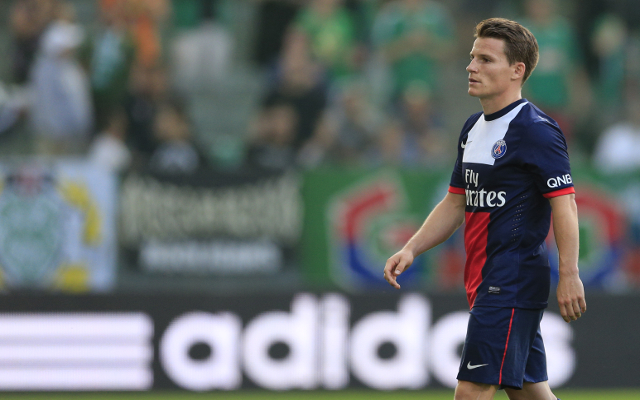 The Reds were interested in Gameiro during the January transfer window and will renew their interest this summer.

Liverpool are set to make a move for Paris St Germain forward Kevin Gameiro after the player fell even further down the French clubs pecking order due to the arrival of Edinson Cavani from Napoli, the Daily Star reports.

Gameiro has been out of favour at the French Champions ever since Zlatan Ibrahimovic was brought to the club last summer and will get even less first team action now that Cavani is on the seen.

It looks as though Gameiro will now leave the Parc des Princes, with Liverpool set to renew their interest in a player that they were close to signing in the January transfer window.

Sevilla are set to be Liverpool’s main rivals, with the Spanish club seeing Gameiro as the perfect replacement for Manchester City bound Alvaro Negredo.

Liverpool know that with Sevilla’s financial problems, they can out bid the Spanish club and will step up their interest in the player in the coming days.

Gameiro could be seen as a replacement for Luis Suarez, who looks set to be on his way out of Anfield this summer with Real Madrid and Arsenal battling it out for his signature.