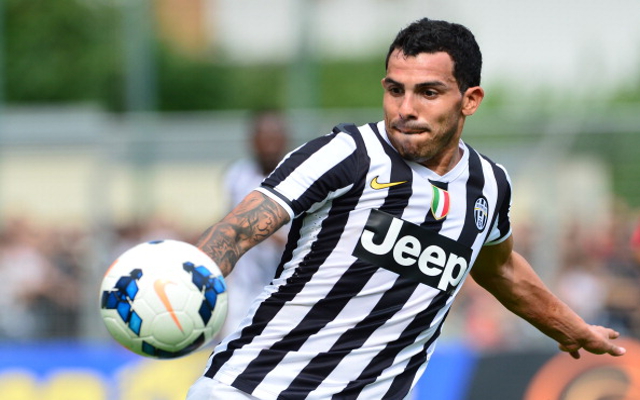 Mercurial Argentinian attacker has since moved on to Turin after falling out with previous trainer Mancini.

Manchester City just could not cope with the expectations of playing in the Uefa Champions League, claims their former front man Carlos Tevez in the Daily Mirror.

The controversial Argentina international spent four seasons at Eastlands, before being sold to Serie A champions Juventus earlier this summer for an initial fee of £10 million that could ultimately rise to as much as £12m depending on add ons.

And the 29-year-old says that the big-spending north-west club found it hard to deal with the pressure of competing in Europe’s premier club competition under former manager Roberto Mancini during his time at City.

City failed to make it out of the group stage in either of their two Champions League campaigns under the Italian’s guidance, which ultimately resulted in Mancini being replaced by Malaga boss Manuel Pellegrini last month.

“It came from everyone – the club, the fans. I think that too much pressure just hurts the team,” said Tevez.

“What happened was that there was so much hype and pressure to be one of the giants of Europe and we didn’t do it.”

During his four-year stint in the north west following his controversial £47m transfer from city-rivals Manchester United in July 2009, Tevez found the back of the net on 73 occasions in just 138 appearances for City in all competitions, including an equally impressive 58 strikes in just 107 Premier League outings for the mega-rich club.