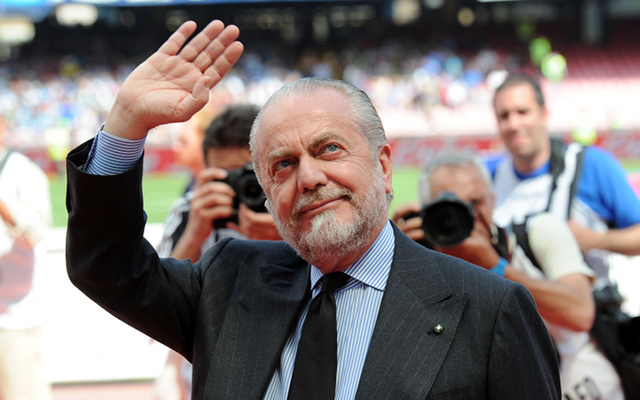 City, along with Premier League rivals Chelsea and Spanish giants Real Madrid, were heavily linked with a move for the Uruguayan international before he completed a £55million move to Paris Saint Germain on earlier this week.

The outspoken president has revealed that both City and Real Madrid had made attempts to bag the 26-year-old, but were not prepared to meet the fee, whilst he has claimed that Chelsea never even made a bid.

And now he has revealed that new boss Rafa Benitez had his eye on City striker Edin Dzeko until Manuel Pellegrini told him that the player was no longer for sale.

“He [Cavani] had already asked to go away last summer but then we found the agreement to extend his contract until 2017.

“In these cases you put in the buy-out clause hoping that no-one will pay it.

Napoli are now to step up their search for a replacement for Cavani and De Laurentiis admitted that he worked hard on trying to open talks with the likes of Borussia Dortmund’s Robert Lewandowski, Fiorentina newboy Mario Gomez and unsettled Liverpool striker Luis Suarez.

However, Benitez is keen on Real Madrid’s Gonzalo Higuain and Internacional forward Leandro Damiao, with the Serie A side reported to be in talks with both players.

“I contacted Lewandowski too, but he was already sold to Bayern Munich,” he added. “I also contacted Luis Suarez and I made an attempt for Mario Gomez, calling [Bayern chief executive Karl-Heinz] Rummenigge on the phone who told me there was not yet an agreement from Fiorentina.

“But then I quit all of them because Benitez had other ideas.”