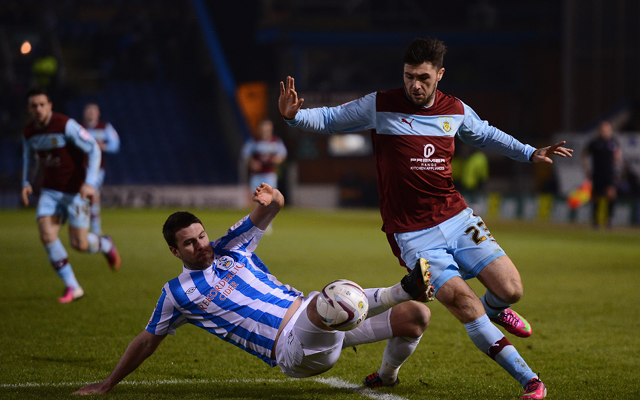 After missing out on a move to Premier League newcomers Hull City, Charlie Austin has failed to attract much top flight interest in order to help him move on in his career according to the Daily Mirror.

The 24 year-old striker failed his medical causing his potential move to the KC Stadium to collapse, after the fee and personal terms had been agreed.

It appears that a knee problem was what prevented the striker from joining the Tigers in the end. They felt it was too much of a risk for an unproven forward.

Austin told the Burnley Express : “I thought I was going to the Premier League and that’s where I wanted to be.”

“Obviously that’s fallen through so hopefully I’ll get the chance, whether it be with Burnley or someone else. I’m a professional athlete and I’ve got to try get over the disappointment of what happened. I’ve got a job to do here.”

“I’ve got to work hard and get myself right for the season. I want to get onto the pitch and play as many pre-season games and train as many days as I can”

QPR boss Harry Redknapp appears to be a big admirer of the Burnley forward and is looking to bring him to the London club this summer.

With the imminent arrival of Gary Hooper, Redknapp wants to find a second striker to partner the new arrival. But former Spurs striker, Peter Crouch, has already snubbed his former boss, so a move for Austin is the next priority.

Austin may be interested by the potential of playing Premier League football next year, as Redknapp has clear intentions of going straight back up with the Hoops.