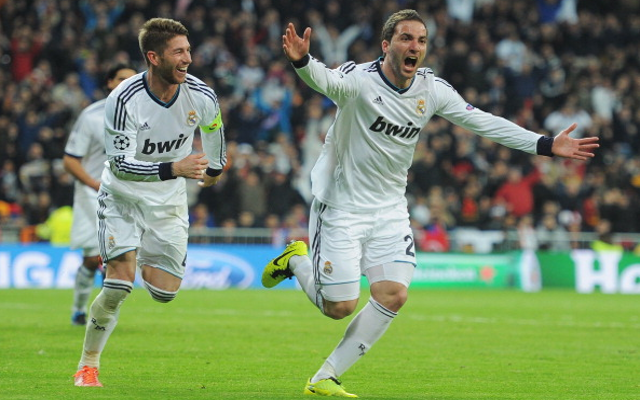 Real Madrid have warned any potential suitors for striker Gonzalo Higuain that they will not be accepting any bids less than £37 million according to The Times.

The news will come as a blow to Arsenal, who have been strongly linked with the player all summer and were hoping to secure a deal closer to the £20 million mark.

Higuain stated his desire to leave the Bernabeu at the end of last season after finding himself increasingly frozen out at Real.

While the player always hit the back of the net on a regular basis, he was often overlook in favour of Karim Benzema when it came to the big games and the Argentine forward announced his desire to seek a new challenge elsewhere.

But Real officials have since been on a charm offensive in the hopes of persuading Higuain to stay and have not ruled out the possibility of keeping him at the club.

New Real boss Carlo Ancelotti is reportedly keen to keep him within the squad and is one of the driving forces behind the player’s high price tag.

That could persuade Arsenal to pursue options elsewhere, as for just a few extra million pounds, the club could activate the release clause of Liverpool’s Luis Suarez.