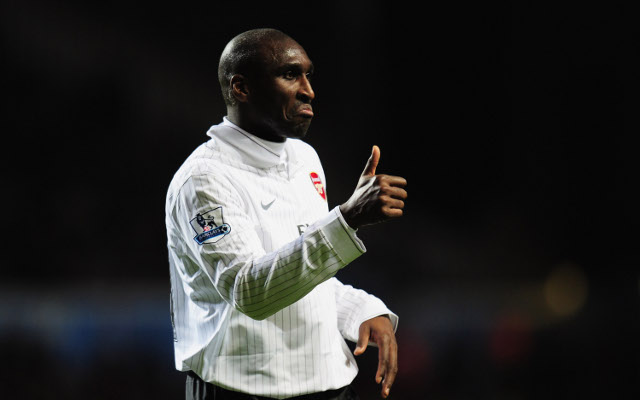 One-time England star is currently training to be a top-level coach.

Former Arsenal great Sol Campbell could one day return to the Emirates to manage the north London club according to the player’s agent, reports the Metro.

The ex-England international finally called time on his illustrious playing career on May 2 2012 a year after being released by Newcastle United.

However, the powerful central defender will be best remembered for his first spell with the Gunners, that lasted from 2001 to 2006.

The 38-year-old, who made a highly controversial move across the capital from north London rivals Tottenham Hotspur on a free transfer 12 years ago, made 146 Premier League appearances for Arsenal across two spells, during which time Campbell won two top-flight titles and three FA Cups with the Gunners.

And now Campbell is embarking on his coaching badges so as to be able to one day become a manager, with his agent Sky Andrew even suggesting that the man capped 73 times by his country between 1996 and 2007 could even one day possibly replace current Arsenal trainer Arsene Wenger at the Emirates.

“Sol’s doing his badges and I dare say one day he will be a manager, and if he does decide to be a manager he’ll be a top manager because of his character,” said Andrew.

“He goes back to Arsenal to do a few of his qualifications anyway and it was great partnership when he was there, so why can’t it be in the future? He’s not ruling anything out.”

In total, Campbell played in a whopping 644 matches in all competitions in his 19-year professional career in England, scoring 29 goals in the process for the likes of Tottenham, Arsenal, Portsmouth, Notts County and Newcastle.