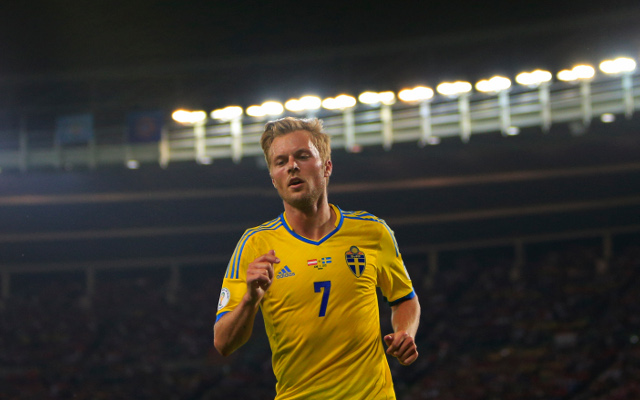 Swede is a key component in the Black Cats’ setup at present though.

Sunderland are said to be bracing themselves for an offer from Lazio for midfield player Sebastian Larsson, according to reports on talkSPORT.co.uk.

The skilful Sweden international has only been at the Stadium of Light for the past two seasons, having originally arrived in the north east from Birmingham City on a free transfer in the summer of 2011.

And in the intervening two-year period, the 28-year-old has gone on to prove himself to be one of the Black Cats’ most influential attacking performers, featuring in 80 matches overall in all competitions for the club, and scoring nine goals in the process, including eight strikes in his 70 Premier League contests, many from dead-ball situations.

However, with now just under a year left on Larsson’s contract at Sunderland, recently appointed head coach Paolo Di Canio is understood to be seriously considering accepting the offer from the Serie A outfit for one of his star men, with the Italian looking to slowly rebuild the squad that he inherited from previous manager Martin O’Neill.

Either way Larsson, who has been capped on 55 occasions by his country, is desperate to be playing first-team football next season so as to remain in the Sweden national team ahead of next summer’s World Cup in Brazil.