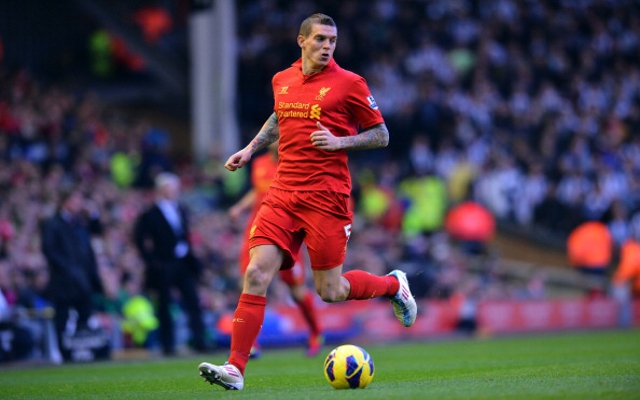 The Spanish Champions are desperate to strengthen their defence this summer.

Barcelona will make a move for Liverpool centre back Daniel Agger after missing out on Paris St Germain’s Thiago Silva, the Daily Express reports.

Silva is set to stay with the French Champions after he confirmed that he will see out his contract at the club, despite Barcelona’s continued interest in the Brazilian.

The Spanish Champions have also missed out on Roma centre back Marquinhos, who is set to join PSG in a £30 million move while manager Tito Vilanova has reservations about signing Chelsea’s David Luiz.

Vilanova has now turned his attentions to Agger, believing that the Danish international would fit in well with Barcelona’s style of play.

Agger could also form a strong partnership with Gerard Pique and is available for around £16 million, which is well within Barcelona’s price range.

The club are desperate to strengthen their defence this summer following several disappointing defensive displays last season, most notably the 7-0 aggregate defeat to Bayern Munich in the Champions League semi final.

Barcelona hope that Agger could be the answer to their defensive problems and believe that they will face no opposition for the Dane’s signature, with Manchester City, who were interested in Agger last summer, thought to be concentrating on signing Real Madrid’s Pepe.