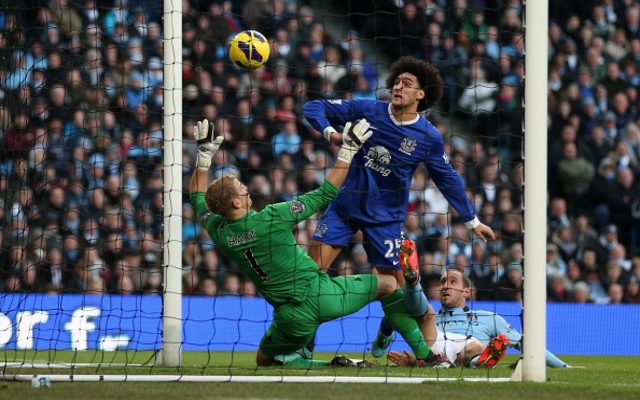 Mourinho will then switch his attention to strengthening his midfield and will make the £23.5m bid necessary to trigger the release clause written into Everton midfielder Marouane Fellaini’s contract.

The Chelsea boss is looking to re-shuffle his midfield pack and is ready to listen to offer for John Obi Mikel and has already loaned out Spaniard Oriol Romeu to Valencia and will look to Belgian international Fellaini to offer a steely presence to bring balance to a side full of creative talents.

Fellaini has recently talked of his desire to adopt a more defensively minded role and clearly the Everton man has the physical presence to do so. The Toffees midfielder also has an eye for goal, netting a dozen goals last term, and it’s that adaptability that has led Mourinho to pursue the signing of the 25 year old.

Mourinho is aware that an opening bid for Fellaini will spark interest from a number of other interested parties, Man United boss David Moyes also being keen on the midfield powerhouse, but the Chelsea boss is confident he can lure the Belgian to Stamford Bridge where he would join compatriots Romelu Lukaku, Eden Hazard and Kevin de Bruyne in the Blues first team set-up.