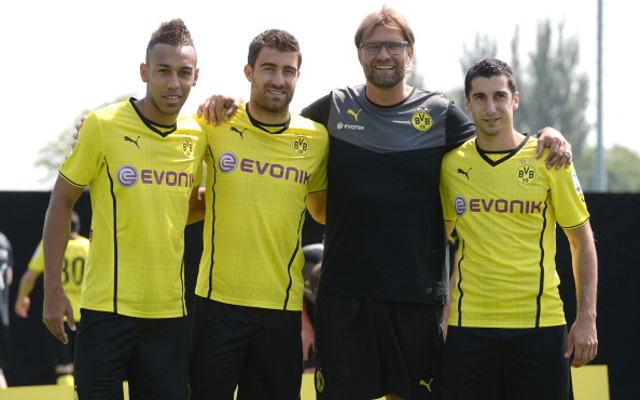 Dortmund manager believes new signing will fit in well at the club.

Borussia Dortmund manager Jurgen Klopp could not hide is excitement at the unveiling of new signing Henrikh Mkhitaryan according to Goal.com.

The Armenia captain has signed from Ukrainian side Shakhtar Donetsk for a fee thought to be in the £25 million mark.

The move came to the dismay of Liverpool who had been favourites to secure his signature. It is understood that Mkhitaryan had a change of heart and decided he wanted to keep playing Champions League football.

Mkhitaryan will miss the start of the season for the club as he continues to recover from an ankle injury but Klopp is nevertheless delighted to have the player join up with the squad.

Klopp claimed that Mkhitaryan fitted the club like an ‘arse in a bucket’ and suggested he was exactly what the club needed as they look to replace Mario Gotze.

Gotze joined Bayern Munich at the end of last season in acrimonious circumstances after Bayern announced the signing on the eve of Dortmund’s Champions League semi-final game against Real Madrid.

That is understood to have soured relations between the two Bundesliga giants and is thought to have played some role in why Polish international Robert Lewandowski did not make a similar move to Gotze this summer.